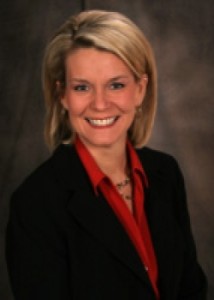 Cristy has served as the Executive Director of the Stillwater Convention and Visitors Bureau since 1995. She is charged with the responsibility of expanding the local area economy through increased visitor spending by attracting conventions and meetings, increased tourism, and the promotion of special events. Cristy had the opportunity to attend high school at the American School in London, and attended her first year of college in Northern England. She then transferred to Oklahoma State University, where she earned her bachelor’s degree in business administration with a major in marketing.

Cristy has been keeping the community up-to-date on locally held events on Stillwater radio stations since 1998. She has been co-hosting Tv-31’s “The Morning Edition” weekday mornings since 2003. Many local civic and service organizations have utilized the volunteer commitment Cristy has made to the Stillwater community. She graduated from Class X of the Leadership Stillwater program. After serving as the Leadership Stillwater Alumni Association president for five years, she continues to serve on the board of directors. Cristy graduated as a member of Leadership Oklahoma Class XV and currently serves on the Leadership Oklahoma board of directors. Cristy is also extremely active in local, state and national travel and tourism related organizations. She has served on the Board of Directors of the Frontier Country Marketing Association and the Oklahoma Travel Industry Association since 1995 and is past president of both organizations. 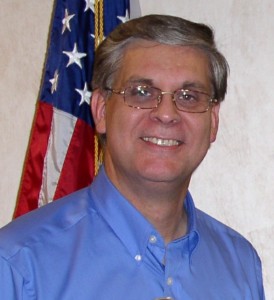 Kevin Clark is not a broadcast professional. But, he plays one on TV! In
2011, Kevin became a regular co-host of the Morning Edition.

He grew up in Alton, IL, in the heart of St. Louis Cardinals territory, moved to Wisconsin where he learned to love the Green Bay Packers, and has lived in OSU Cowboys territory since 2002.

Kevin fills many roles in our community. For nine years he was the director of customer service at MerCruiser. He is now an Edward Jones financial advisor, a member of the  Stillwater Board of Education, a deacon at Countryside Baptist Church, and a member of Stillwater Frontier Rotary Club. In his spare time he enjoys  reading, listening to classic radio (Jack Benny is the king of comedy!) and working on school district policies and organizational bylaws.

Kevin and his wife, Karen, have three adult children. 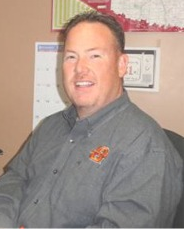 Casey Kendrick is the general manager of Tv-31 in Stillwater. He has been with Tv-31 for the past 15 years. Kendrick began his broadcasting career in Poteau, Ok while he was a student at then Carl Albert Jr. College (now State College). Kendrick continued his career as a broadcaster while attending Oklahoma St. University, where he earned his B.S. in Business. He worked for radio stations KSPI and later for Y-105 in Stillwater.

After co-hosting a morning radio show for seven plus years at Y-105 he made the move to television in October of 1998. Kendrick started as the sports director and became the general manager in 2000 and remains in that role currently. As general manager Kendrick not only oversees the programming and sales of Tv-31, but he also co-hosts a live morning program, the Morning Edition, a weekly sports show, Out of Bounds and several high athletic events, a daily radio show, Tv-31@1, which is simulcast on Tv-31, as well as a weekly radio show that is syndicated across the state of Oklahoma.

Kendrick is one of the voices for the Oklahoma St. Cowgirl basketball team. He is the color commentator for most games, but does play-by play for many of the road games. Kendrick has worked as a broadcaster for the women’s team for the last 19 seasons. He is the host for the Cowgirl radio show, which can be heard in Stillwater and the Cowgirl television show, which can be seen across the country on Fox affiliates.

Casey is married to Dr. Stephanie Kendrick, D.D.S. and is the father of two children, his son, Talon and his daughter, Kamber.